The ISOCARP Institute is the research spin-off of the International Society of City and Regional Planners (ISOCARP), based in The Hague, the Netherlands. With over five decades of accumulated knowledge and expertise in urban and regional planning, ISOCARP as a non-profit organisation with individual and institutional members in 85 countries worldwide, initiated the Institute as a Center for Urban Excellence – a think-tank empowering individuals, organisations, and institutions to achieve better human settlements.

Job profile of a Project Manager:

We are looking for someone who can join us as soon as possible. Candidates located in the Netherlands will have priority. ISOCARP Institute accepts candidates from all nationalities.

What do we offer:

To find out more about ISOCARP Institute, please visit our website https://www.isocarp-institute.org/ 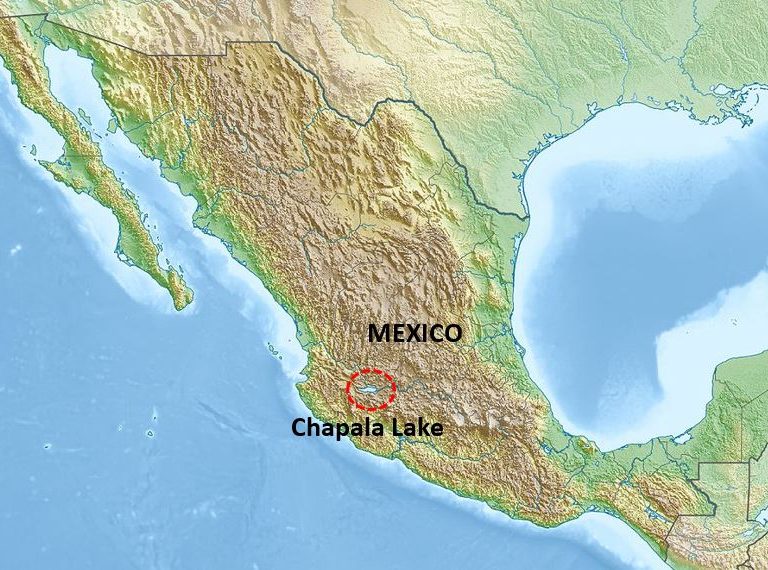 ISOCARP invites experts from a wide range of fields related to waterfront urban development to apply to be part of the ISOCARP Urban Planning Advisory Team – Chapala Lake Shore 2022.

UPAT Chapala: ISOCARP Institute in cooperation with ISOCARP Society will organize, facilitate, and carry out a UPAT from August 1st to 6th in Chapala, Mexico on the topic of waterfront urban development, and addressing the challenges along the Chapala Lake shore.

Date: August 1-6, 2022, Participants must arrive on July the 31st and depart August the 6th afternoon.

Location: Chapala Lake is located in Mexico, 30 miles (48 km) south-southeast of Guadalajara. It is easily accessible by highway from Guadalajara (50min) and Guadalajara´s International Airport (25min).

Site description: Chapala Lake, lies on the Mexican Plateau at 6,000 feet (1,800 metres) above sea level in the states of Jalisco and Michoacán. Chapala is Mexico’s largest lake, measuring approximately 48 miles (77 km) east-west by 10 miles (16 km) northsouth and covering an area of 417 square miles (1,080 square km). Despite its size, the lake is very shallow and is susceptible to infestations of water hyacinth. It is fed principally by the Lerma River from the east and is drained by the Santiago River, which flows out of its northeastern side. The lake is surrounded by many mountains and sierras and contains three small island. 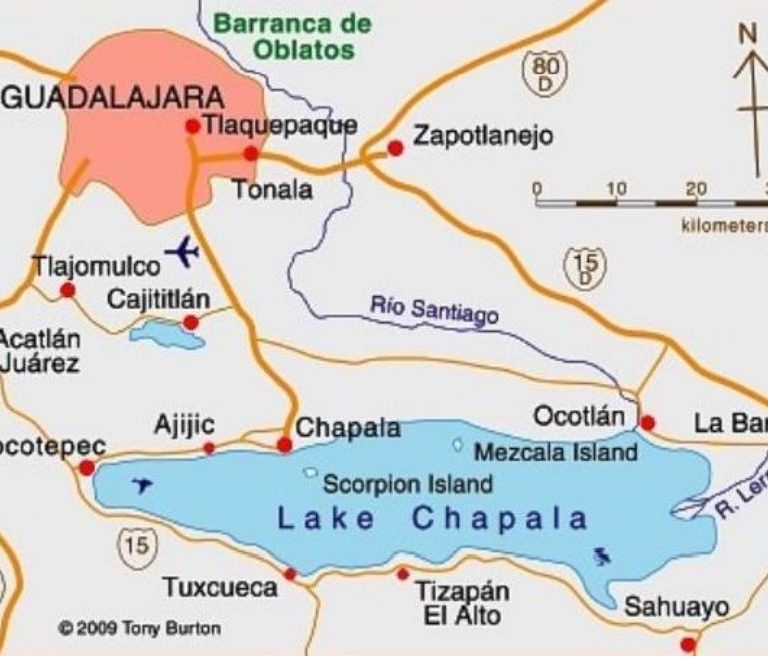 Lake´s problems: The city of Guadalajara has relied on Chapala Lake as a principal source of water since the 1950s. Shortly after, a few consecutive years of poor rainfall dramatically decreased the water level of the lake. The level rebounded until 1979, when Chapala Lake’s water level began rapidly decreasing due to increases in urban water consumption.

Erosion due to deforestation along the lake as well as the Lerma River has led to increased sedimentation of the lake, also contributing to loss of lake depth. The shrinking depth has also raised the lake’s average temperature, resulting in increased evaporation.

Simultaneously, the waters of Chapala Lake are polluted by municipal, industrial and agricultural wastes, coming primarily from the Lerma River. The increased presence of nutrients from the pollution combined with the warmer water has been a boon to an invasive species of water hyacinth.

The increase in water pollution has had devastating effects on the ecology of the lake. Fish stock has decreased dramatically and some endemic species are on the verge of extinction. Contaminated fish stock has also posed a serious threat to the health and livelihoods of people who depend on the fish for food.

The drop in the lake’s water level has uncovered political issues that had been hidden for many years. Its fast decay has raised concern in the surrounding areas and in the scientific community. 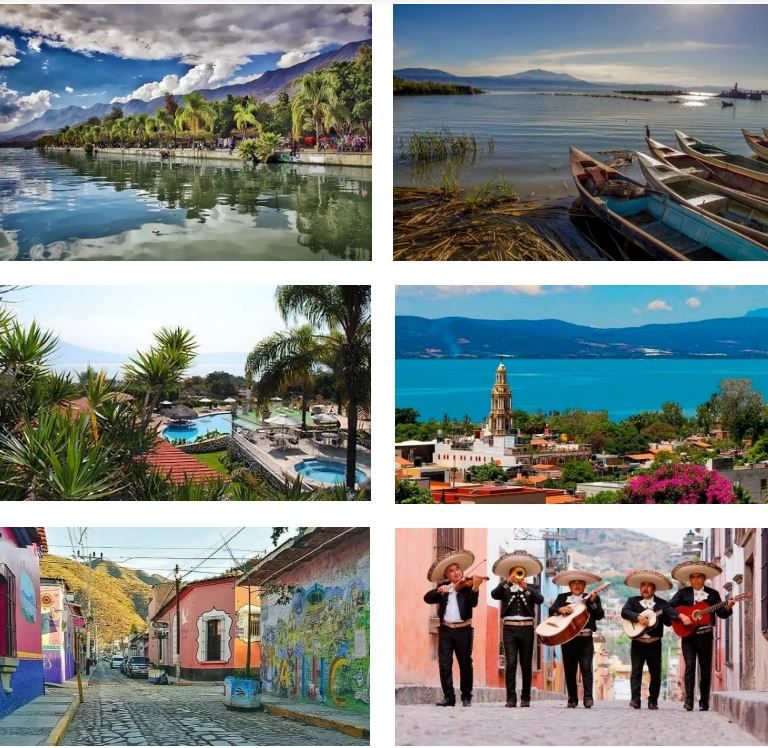 Promoting entity: This UPAT is promoted by a group of municipalities around Chapala Riviera together with civil society sponsors. Former ISOCARP Vice President Paco Perez will be in charge of local coordination.

UPAT purpose: There is a complex set of government plans and programs in all sort of maters upon Chapala lake and the urban settlements around its shore. There is also a number of civil society and NGO´s initiatives. Nevertheless, there is not a comprehensive view and strategic approach to lead the prosperous development
of Chapala Riviera in a wide scope and long term perspective.

The purpose of having an ISOCARP UPAT is to launch a process of comprehensive regional planning and management of Chapala Riviera. The UPAT report will be the basis to further prepare a Regional Urban Plan, which is to be approved by all concerned authorities and looked out by society to secure continuity between public administration changes.

UPAT Objective The UPAT objective is to develop this comprehensive view and strategic approach in the shape of a preliminary Masterplan of the Chapala Riviera in order to:

2. Sewage.
Problem: Contamination with sewage due to lack of treatment and/or lack of operation of existing treatment plants, due to inadequate systems or lack of resources to pay for their operation.

– More efficient, simple and economical alternative sewage treatment systems.
– Alternative management systems for the use, treatment and reuse of water.
– Other.

4. Lake shore.
Problem: The reduction of the lake water level, has left in some areas, an important amount of land uncovered by water. Despite this is public land, it is being invaded with
incompatible uses.

– Use and treatment of these areas:

Public use such as:

– Intensive use of water in berry crops competing with urban water needs.
– Deterioration of the landscape with the plastic covers of the berry crops.

6. Land uses.
Problem: Land uses are the result of historical growth inertia and it is considered that the Lake Shore potential is not being adequately exploited.

7. Urban regulation.
Problem: In recent years, urban growth in some municipalities around the lake, has been somewhat disorderly and there is no clarity on the priority aspects to be regulated, in order to achieve a convenient urban development

8. Urban Management.
Problem: There is no adequate coordination between the municipalities around the lake and it is considered that a coordinated management mechanism would be very beneficial for lake´s promotion and development.

– Intergovernmental coordination.
– Financing of public works and services.
– Shared management with the concurrence of the government, productive sectors
and society.
– Strategic projects for:
▪ Providing infrastructure, urban facilities and key services for social and
economic development, such as: education, auditoriums, exhibition and
congress areas, etc.
▪ Taking advantage of untapped potential.
▪ Trigger the development of less developed areas.
▪ Protect and/or improve the environment.

Information.
There is a good amount of information available about all issues to be addressed. An executive synthesis is going to be sent to team members once selected.

Language.
The UPAT language will be English and fluency is required. Each team member will have the help of a local student, also fluent in English, to develop technical work and translation.

Deliverables.
In spite of the scale and complexity of the UPAT topic and mayors expectations of the outcome quality, this so called Masterplan is to be developed in a short term basis as a conceptual approach.
At the end of the UPAT week in site, the proposal will be presented in Power Point (or the like) and four weeks later, the team leader will deliver a document in English with the proposed Master Plan.

Expenses.
The promoting entity will pay for all team members: