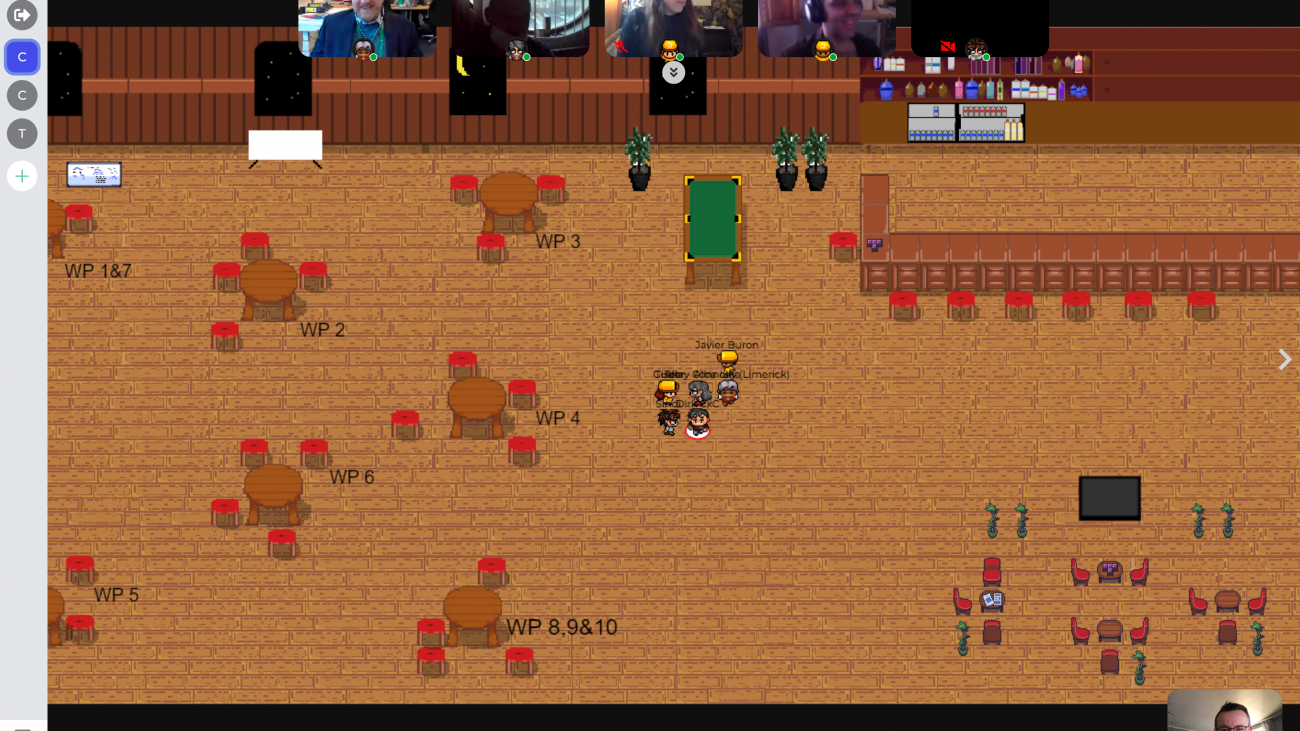 Last month, within the +CityxChange project framework, ISOCARP Institute hosted the 3rd Storytelling Workshop, in a digital format. The two-hour event was organised by Gisela Garrido Veron and Sindi Haxhija during the annual consortium meeting of +CityxChange (Positive City Exchange). The aim of the workshop was to understand and reflect on storytelling as a tool for citizen engagement and communication. The event lasted around two and a half hours with discussions and presentations from other Smart City projects in the Basque Country – a place where the consortium meeting would have been celebrated in case Covid-19 travel restrictions did not apply.

The session started with a video from Iñaki Peña, journalist and resident in the city of Sestao, Spain (Follower City in +CityxChange). The video (about 11 minutes long) tells the story of changes and developments in Sestao, with a focus on La Casa del Arco (The Arch’s House). Iñaki tells us about the developments and transformations that this building has been through, by using his past experiences, his youth and what he remembers of La Casa del Arco. The later used to be a building with a strong industrial history, that is now being restored with the combined efforts of the Sestao Municipality, the Basque Government and the European Community.

‘La Casa del Arco, -Iñaki reflects – is the beginning of a progressive restoration of the city’. Iñaki foresees that this development will bring new possibilities to the city, such as, the restoration of nature and the river that was until nowadays used for industrial purposes. Having Iñaki’s story as the kick-off of this workshop, participants were asked to reflect on the structure, the line of narrative and the communication elements that were used.

The session continued with the intervention of three lighthouse cities. Firstly, Jordán Guardo from the Municipality of Bilbao reflected on the ATELIER experience giving examples of positive urban developments and citizen engagement practices. The project focuses on a river area close to the industrial city of Bilbao, concretely, Zorrotzaurre. Zorrotzaurre was a very industrialised small island. Building efforts, using top-down and bottom-up approaches, the ATELIER project achieved a combination of arts, culture and economic development in the zone.

Secondly, David Grisaleña from the Municipality of Vitoria Gasteiz. David presented the SmartEnCity: Coronación District. The objective of this lighthouse project was to develop a systemic approach for sustainable, smart and resource-efficient urban environments in Europe. David explained how through citizen engagement, they could develop strategies to replicate energy retrofitting buildings. The example given by David was located in Eulogio Serdán Street. Some of the discussions that came up during the presentation were related to how the housing property system works in Spain and the challenges that appeared during the communication of more technical developments with house owners in the building.

The last speaker, Marta Zabaleta, joined to present the REPLICATE project. Particularly on the Donostia/San Sebastián citizen engagement process. Shortly, Marta presented the objectives of the project, and how they used to top-down and bottom-up approach for citizen engagement. Marta explained their interaction with the citizens since the very beginning of the project. ‘It is crucial – she said – to have a common understanding and collaboration with the residents before and during the execution of the project.’

After the discussions, participants had the chance to come up with their own story based on a building – like Iñaki Peña – a public space or neighbourhood in their area that would reflect urban transformations. The exercise divided the participants into 3 main groups where the participants had to explain their urban development story and jointly discuss the structure and communication points. By the end of the breakout sessions, each group had to choose a representative from their group to present the story to the whole group of participants.

The storytelling workshop finished with a short interaction session, commenting on each other stories and reflecting on the usage of storytelling as a tool to tell stories of places for further citizen engagement.